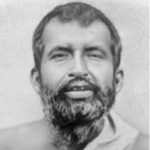 Sri Ramakrishna was born on 18 February 1836 in a poor Brahmin family at Kamarpukur in Hoogly district in West Bengal. Kshudiram Chattopadhyay and Chandramani Devi were his parents. His childhood name was Gadadhar. From his early childhood Sri Ramakrishna was devoted to God. At the age of nineteen he became a priest at the Kali Temple at Dakshineswar in Kolkata. He realised God in different forms of the one Supreme Being. Various eminent persons of the 19th Century were tremendously impressed by this Great Spiritual Leader. The foremost among his disciples was Swami Vivekananda. Sri Ramakrishna breathed his last on 15th August, 1886 at Cossipore, Kolkata. Romain Rolland, a distinguished, world-renowned French writer and Nobel Laureate truly said “His inner life embraced the whole multiplicity of men and Gods.” 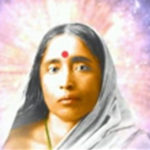 Sarada Devi was born on 22 December 1853 as the child of a pious couple, Ramachandra Mukhopadhyay and Shyama Sundari Devi at Jayrambati, a village in the District Bankura of West Bengal. She had no formal schooling. Sri Ramakrishna at the age of twenty-three married her and made her his companion for spiritual attainments. He even worshipped her as the Divine Mother. Sarada Devi took care of Sri Ramakrishna’s disciples as her own children. Owing to her purity, service, love and spiritual enlightenment, Swamiji regarded her as the ideal for women in the modern age. She is known as the Holy Mother. Swamiji wanted to start an independent monastic order for women on the same lines as Ramakrishna Math with Holy Mother as its centre. His dream came true when Sri Sarada Math and Ramakrishna Sarada Mission were founded, which works on the lines of Ramakrishna Math and Mission. 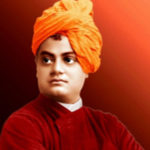 Swami Vivekananda was born at Simla, in North Kolkata on 12th January, 1863. His early name was Narendra Nath Dutta. He graduated himself from Kolkata University. At the age of 18 he met Sri Sri Ramakrishna. He prayed to feel Divinity. To lose the ‘I’ in the vastness of consciousness which is beyond- was Narendra Nath’s intense desire. Sri Ramakrishna commissioned him for future work. He founded the Ramakrishna Math and Mission, Belur Math. His organisation is permeated with a belief in the quasi-identity of the Macrocosm and the microcosm, of the universal Self and the individual self. He saw that in order to uplift the masses it was necessary to spread both secular and spiritual education among them. He has been working till today through the monks and followers to accomplish his dream. One remembers the words he spoke long before his death at the age of 39 only; ‘It may be that I shall find it good to get outside my body to cast it everywhere, until the world shall know-that it is one with God’.