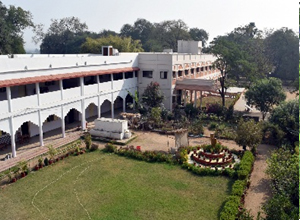 Presently there are 547 girls studying in the school, belonging to poor and lower middle class families.

Ramakrishna Sarada Mission is working hard to provide all possible facilities to students, keep them enrolled in school and build interest in studies.

The school has secondary section affilated to Maharastra Board (V to X) and further plans to start Junior College for Science stream in coming years.