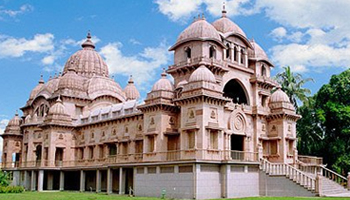 SWAMI VIVEKANANDA , the great patriot saint of India, had an unerring vision of the rejuvenation of his motherland. With a firm conviction, he said, “ The national ideals of India are renunciation and service. Intensify her in those channels, and the rest will take care of itself.” With this end in view, he founded the Ramakrishna Math and Mission organizations to train a band of Sannyasins to attain Self-realization, to serve the world in all possible ways and to preach Vedanta. These organizations have been carrying on various activities for many years in the field of culture, education etc. In India and abroad, ministering to the needs of the public, irrespective of caste, creed and nationality.

While founding the above organizations, Swami Vivekananda had an idea of starting similar organizations for women, for he knew that there would be no chance for the welfare of the world unless the condition of women was improved as it was not possible for a bird to fly on only one wing. In one of his letters, he said, “ Hence it is that my first endeavor is to start a Math for women.” He also wrote,”With Holy Mother as the center of inspiration, a Math is to be established on the eastern bank of the Ganga. As Brahmacharins and Sadhus will be trained in this Math(Belur Math) so in the other Math also, Brahmacharinis and Sadhvis will be trained.”

Though the Swami was very eager to have a Women’s Math started as quickly as possible where a band of educated Sannyasinis could be trained to serve humanity, his idea, however, could not take shape at the time because of lack of education among women and the prevailing social conditions.

Fifty years after his passing away, a number of educated women, inspired with his ideals of renunciation and service, came to dedicate their lives for their own spiritual growth as well as for the uplift of their sisters. In 1954, in the year of Holy Mother’s birth centenary, the authorities of the Belur Math thought that it was high time to give a concrete shape to the ideas of Swami Vivekananda. Accordingly, a suitable piece of land with some buildings was procured on the eastern bank of the Ganga, a little north of the Dakshineswar Kali Temple.

On the 2nd December, in the same year, Swami Sankarananda, the seventh president of the Ramakrishna Math and Mission, performed the opening ceremony of the Women’s Math in the presence of a large number of senior monks and Trustees of the Ramakrishna Order, including SwamiVishuddhananda, who was then the Vice-President, Swami Madhavananda, The General Secretary, Swami Vireswarananda, one of the Assistant Secretaries, besides the Brahmacharinis and a large number of devotees assembled from far and near.

The opening of Sri Sarada Math, as contemplated by Swami Vivekananda, added a new and very significant chapter to the socio-religious history of India.

The Math was run by the Brahmacharinis for some years successfully under the guidance of the Trustees of the Belur Math. Then it was decided to hand it over to the Brahmacharinis so that their work would be carried on independently.

On the Ist January,1959, on the birthday of Holy Mother, eight senior members of the Sarada Math were invested with sannyasa by Swami Sankarananda, who was then President of the Ramakrishna Math and Mission. This was a Preliminary step to the formation of an independent women’s organization. On the 26th August,1959, Sri Sarada Math was given independent status and the sannyasinis became its Trustees by virtue of a Deed of Trust executed by the President of the Ramakrishna Math(Deed No.4109 for the year 1959 registered on 9.9.1959).

The Math and the Mission serve mainly women and children in all possible ways, irrespective of caste, creed and nationality. The activities may be classified under six heads as follows :